Five principles and SEVEN actions to learn any language. For Chris Lonsdale

These are the pieces of advice given for the lecturer of TEDx Talks Chris Lonsdale for those people are learning a second language.

The FIVE PRINCIPLES are:

1. Focus on language content that is relevant to you.

2. Use your language as a tool to communicate from day 1.

3. When you understand the message you will acquire the language unconsciously, i.e comprehensible input (Krashen, et al)

4. Language is not about accumulating a lot of knowledge but is rather a type of physiological training.

5. Psycho-physiological state matters – you need to be happy, relaxed, and most importantly, you need to be tolerant of ambiguity. Don’t try to understand every detail as it will drive you crazy.

The SEVEN ACTIONS are:

1. Listen a lot – it doesn’t matter if you understand or not. Listen to rhythms and patterns.

2. Focus on getting the meaning first, before the words. Body language and facial expressions can help.

3. Start mixing, get creative, and use what you’re learning

4. Focus on the core – the most commonly-used words, and use the language to learn more (What is this/that? How do you say ? etc.)

5. Get a language parent – someone who is fluent in the language and who will do their best to understand what you mean; who will not correct your mistakes; who will feedback their understanding of what you’re saying using correct language, and uses words that you know.

6. Copy the face – watch native speakers and observe who their face, and particular their mouth, moves when they’re speaking

7. “Direct connect” to the target language – find ways to connect words directly with images and other internal representations.

-I have a trip this month and I need to learn French fluently, I hope I find help!!!

Language Learning: The miracle of Connotations 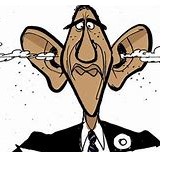 Normally this could be a problem in character or something chemical like sleep depravation, but for 2nd language learners like us that idiom is essentially the biggest problem we face.

The reason for this is easy enough to understand.  It's because of a lack of reinforcement of the words in our conscience. Words and sentences we hear and learn are immediately forgotten by our brains.  It slip past our brains like water in our hands.  Though we are gifted with understanding, there is just no traction to hold the memories in.  One more "anomaly" is that when we try to talk the language, example Japanese, the words trickle out of our mouth but it feels like someone is talking for us.  As if you are being controlled like a puppet by someone.  This is because your brain's motor nerves are not synchronized with how it feels. 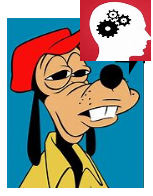 Another problem is when language learners have to repeat what they said, or at least the last part of what they said.  This is because the learner is reaffirming to his/herself the meaning of the words that are alien to him/her.

Scientific studies have been published explaining about it, but the literal world has already coined the phrase for this.

What a word makes us "feel" aside from it's precise meaning.  By-the-way, a word's precise meaning is called denotation.  To visualize this explanation better, we'll call actions our "Mind", while how we feel is our "Heart."

Example is the English word Egg.  What do you feel when you hear it?  For me, I feel it's slimy, cheap, but delicious.  I can smell the pungency of rotten eggs, and feel doubt on an egg's freshness until I crack and scramble it.  But in Japanese, it's called Tamago 卵 which in my heart doesn't feel anything else aside from it being pricey but delicious when you order Tamagoyaki 卵焼き at a Japanese restaurant.  With this, we notice the value of the word in our brain varies different 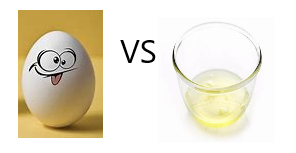 depending on the language.  Another simple word is Mother, or Ha'ha 母 in Japanese.  Both have different connotations.

That's why poems are so strong because the words it uses are so dense with connotation.  It makes you feel so much with very little words.  In contrast, a foreign language seems cold and robotic when we read and speak it for the first time.

I suppose there are many solutions to this, but personally, I found that practice and repetition enforces word connotation.  To put it simply, it's all about synchronization.  That is, using the mind to utter the words then letting the heart feel it's value.  This is probably when the data processing in our mind melds with the chemistry in our body that gives birth to connotation.  Just practicing every time, you find later on that even simple words have an impact on you.
A good way to teach yourself is to get a good recording tool.

I use Audacity which was free when I got it.  I'm not sure if it's still free now.

While watching a 20 min. video, I record my voice as I talk continuously about it using 2 sentence pattern and a few vocabulary.  Then, I spend another 20 min being a teacher to myself by listening to the recording.  I correct myself in my grammar and pronunciation.  Then I repeat the process until I am content. After that, I do other recordings where I do free talk and apply all that I've learned.

And though it's a grueling task, oddly enough I find it satisfying and sustains me to keep practicing.  The reason for this is something I found fascinating, which I can write on my next summary.  Thank you very much for reading!

Hey everybody i hope you can cheer my team

this is their logo

The Saturday of my first weekend in Kyoto was a rainy day. I had an appointment with Lan san beforehand so despite the rain, I went to Hyakyumanben to meet her. We then went to Teramachi shopping arcade together.

On the way to the shopping streets

Actually, it was just several days into our residence in Kyoto, and we were just exploring Kyoto. We were trying to find a secondhand clothes shop. As we did not bother using a map, and were only be able to access the internet near bus stops, we headed downtown, unaware of the exact location.

I always have a lot of fun wandering Kyoto with Lan san. Our real stories sound just like jokes. That time, both of us were looking for Japanese textbooks. We found a small bookstore on a street and got in. Lan san asked the owner, an old wise man, with her not-perfect-yet Japanese: “Do you have any Japanese books?” The owner looked totally confused, he thought for a while and replied: “But… all the books here are Japanese…”

If Ms. Lan had used a word for textbooks to study Japanese, instead of Japanse books, we would not have had such a good laugh ?